Livingston, CA—West Coast Turf, the west’s largest grower and installer of natural turfgrass sod, is once again headed to the Super Bowl. This will mark the eighth time that the world’s most illustrious game will be played on sod provided by West Coast Turf.

75,000 square feet of West Coast Turf’s exclusive blend of hybrid bermuda/rye turfgrass sod was grown at their northern California, Livingston facility. It will be shipped just 117 miles to Santa Clara’s Levi’s Stadium, before being installed by West Coast Turf and NFL personnel. Installation is expected to take two days.

This specially grown natural turf has been cared for at West Coast Turf’s farm for over eighteen months. This new process involves an intricate “layering technique,” allowing it to develop an extensive root system, and is a vast improvement over traditional sod.

“In the past conventional sod was good enough, because it just had to hold up for the game. Now, that isn’t enough. The sod needs to be prepared to handle the game and Super Bowl pregame and halftime shows. The stage they use for the halftime show takes about 500 people to roll on and off the field. We can’t have ruts. That results in a safer field, and player safety is paramount. It is an exceptionally heavy-duty product,” said West Coast Turf’s vice president of sales and marketing, John Marman. “We have treated this field with a lot of TLC for a long time--it has its own blankets, rain tarps, special diet—you name it we’ve done it. This turfgrass has been designed and developed for an event as significant as the Super Bowl, and the events leading up to it,” Marman said. “We believe that this type of product will become more prevalent in today’s stadium facilities which handle multiple in season entertainment events requiring a more resilient surface with a quicker turn-around. This turf can take the wear and tear.”

Super Bowl 50 Sod by the Numbers:

West Coast Turf is a full-service sod, stolonization and hydroseeding company with 5 offices throughout California and Arizona, and headquarters in Palm Desert, CA.  West Coast Turf grows more than 30 varieties of natural turf. 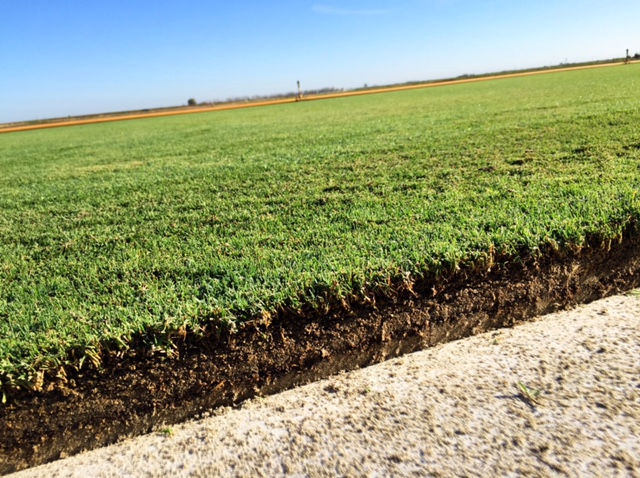